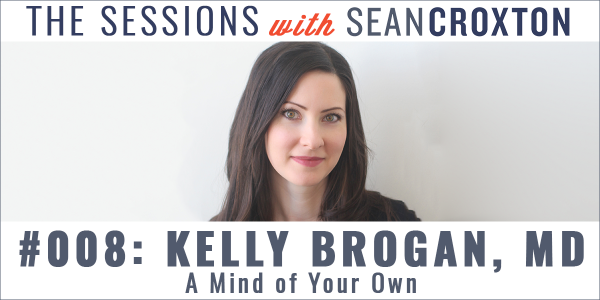 I get a kick out of seeing my friends on TV.

Way back in 2008, when I was making “underground” health videos on YouTube, the mainstream media steered clear of anything outside of the food pyramid.

Now I can turn on the tube and see my pals schooling Dr. Oz on fats and cholesterol, talking GMOs on The Doctors, and pitching their latest books on Good Morning America.

We’ve come a long way in a very short time, thanks in part to a more open-minded mainstream media willing to give air time to less “conventional” messages that may rub their sponsors the wrong way.

Then again, maybe not…

The networks may be willing to apprise their viewers of the potential problems with gluten, genetically modified foods, and maybe even the toxins in your shampoo.

But when it comes to antidepressants, they avert their eyes and look away. There’s too much to lose.

And that’s exactly why, despite a groundbreaking book due to hit shelves next week, you won’t be seeing Dr. Kelly Brogan on your television anytime soon.

For telling the truth.

For disclosing what the scientific literature REALLY says about antidepressants.

For giving substance to the well-hushed argument that depression is NOT caused by a chemical imbalance but something else altogether.

Copy and paste this URL into your WordPress site to embed

Copy and paste this code into your site to embed